Coronavirus (COVID-19) Updates:
July 7 - Council adopts ordinance requiring masks or face coverings in public in Montgomery.   View Ordinance  |  Face Covering FAQ's
Anyone entering a City of Montgomery building will be required to wear a mask or face covering and practice social distancing. We ask that you practice safer at home and only visit us when necessary.
www.mgmready.com  |  Text Alerts  |  COVID-19 En Espanol

Originally presented to the City’s Public Art Commission by 21 Dreams founder Kalonji Gilchrist as a way to celebrate the bicentennials of both the City of Montgomery and State of Alabama, the artistic wraps were designed by artists Bill Ford and Chris Hardy. The Public Art Commission’s Ashley Ledbetter and Adena Kramer led in the idea’s execution in collaboration with Gilchrist, the Chamber’s Dawn Hathcock, Nathaniel Allen and Dr. Richard Bailey.  Along with City’s support, this project was made possible through the generous funding of a grant from AL 200. 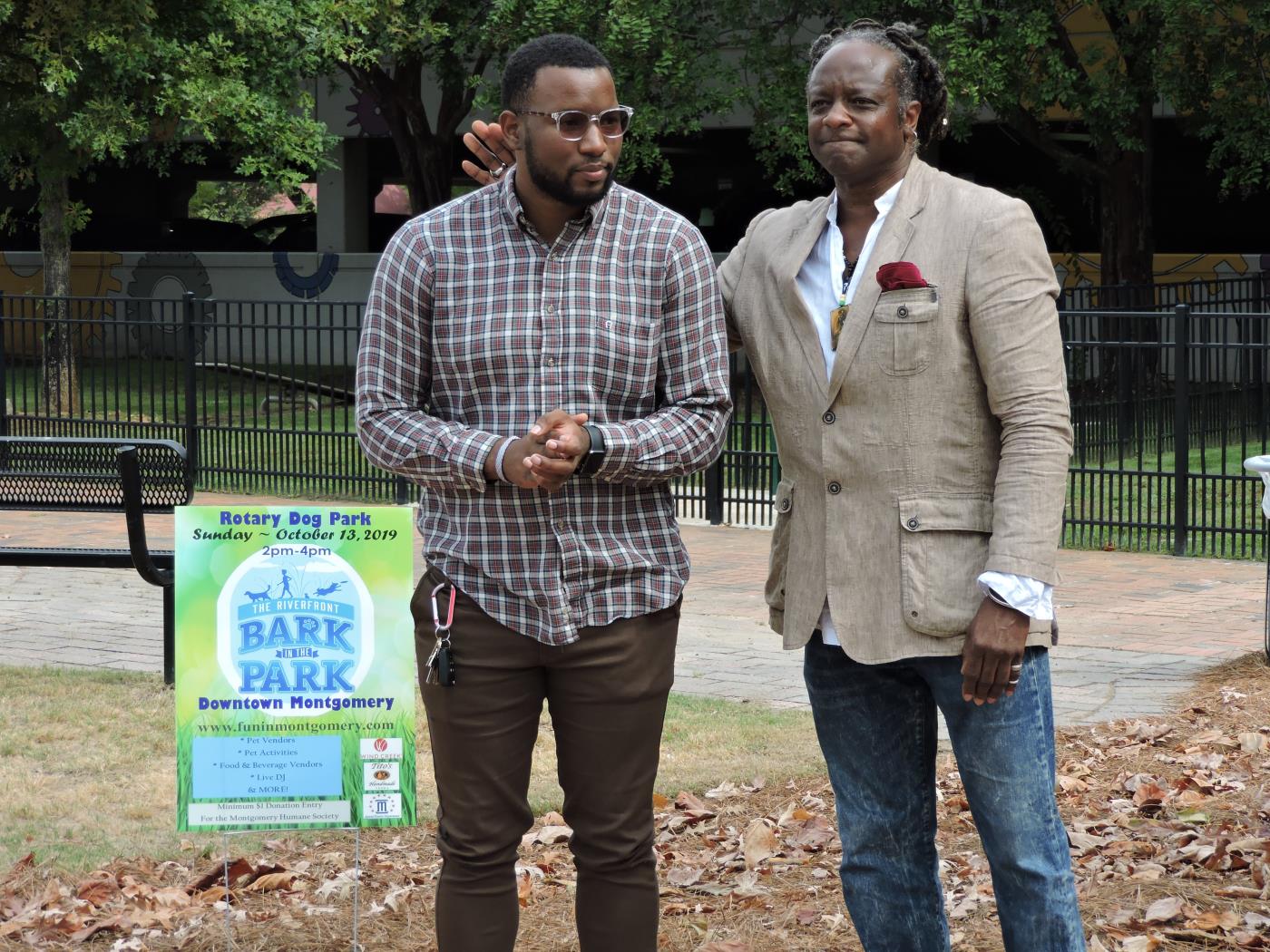 Ford’s design, titled A River Runs to It, commemorates the past 200 years of Montgomery's history as it depicts people, places and events that impacted the nation. From the merger of Andrew Dexter's New Philadelphia and Gen. John Scott's Alabama Town, Montgomery has proven to be ground zero for events of national importance. From its slave market, to prominence in the Civil War, names like the Wright Brothers, F. Scott and Zelda Fitzgerald, Hank Williams, Nat King Cole, Dr. Percy Julian, George C. Wallace, Rev. Martin Luther King, Winton "Red" Blount and Octavia Spencer have placed this city front and center nationally, all of whom you are included in Ford’s design.

Hardy’s design, All Together Now!, uses the expressive nature of graffiti to communicate the vibrant future of Montgomery and Alabama. The layered textures mimic the walls of subway trains in cities like New York, hoping viewers feel its energy – the same that reverberates throughout Montgomery. There are quotes featured on the bus from George Bernard Shaw, Eleanor Roosevelt and Alabama native Jesse Owens. 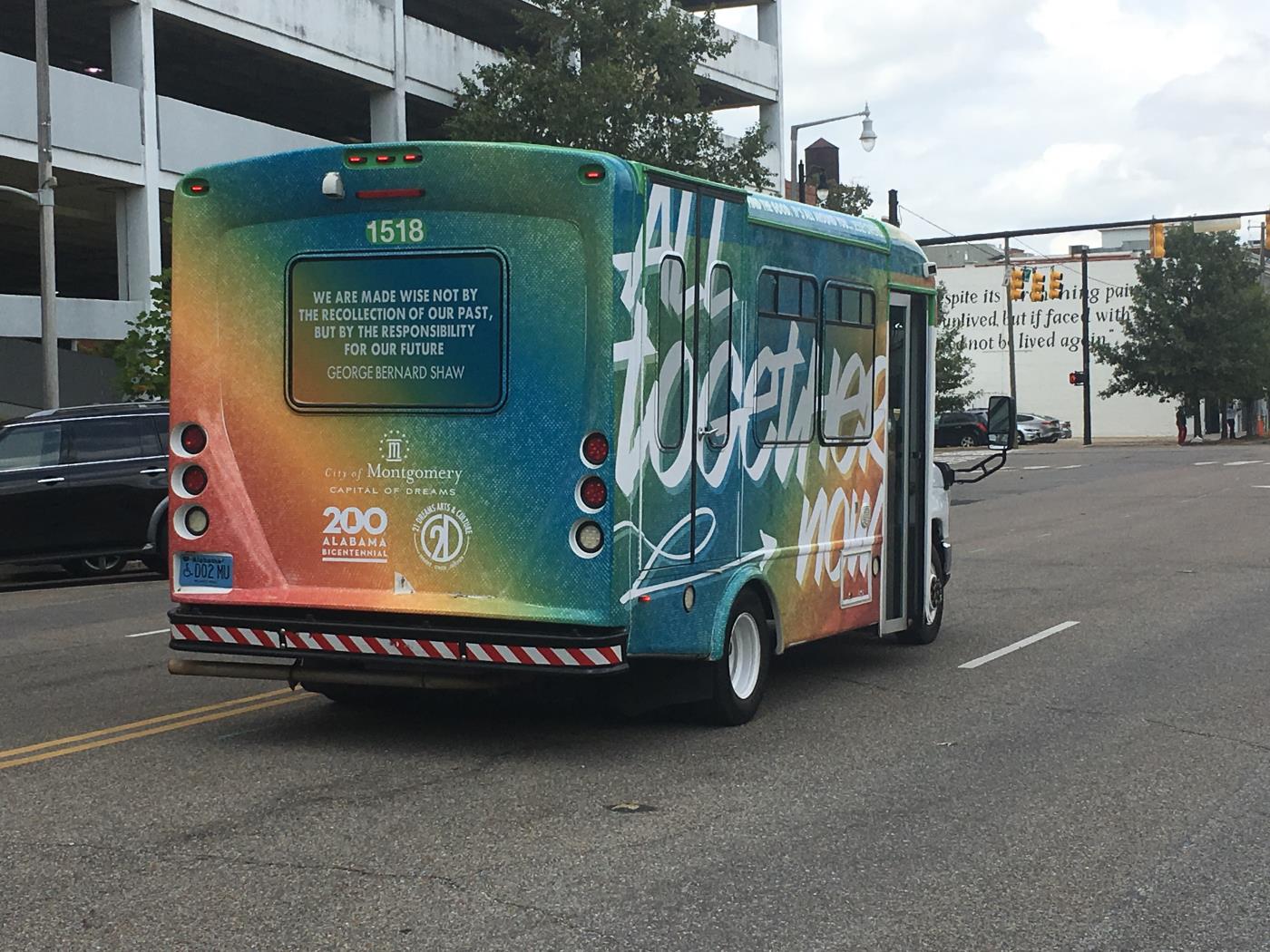 The bicentennial bus wrap project marks the latest in of line of art installations by the Montgomery Public Art Commission and City and County leaders. Others include the Book Bench Project, Marching On sculpture at Five Points, The Marching to Montgomery sculpture at the City of St. Jude, A Mighty Walk from Selma mural at Montgomery and Lee Streets, the foot soldiers crosswalk on Dexter Avenue, The Wright Flyer aircraft replica and Unforgettable mural on Maxwell Blvd, The Rainbow Soldier at Union Station, Daedalus at Maxwell AFB, VOTE letters and sidewalk quote art located throughout downtown. 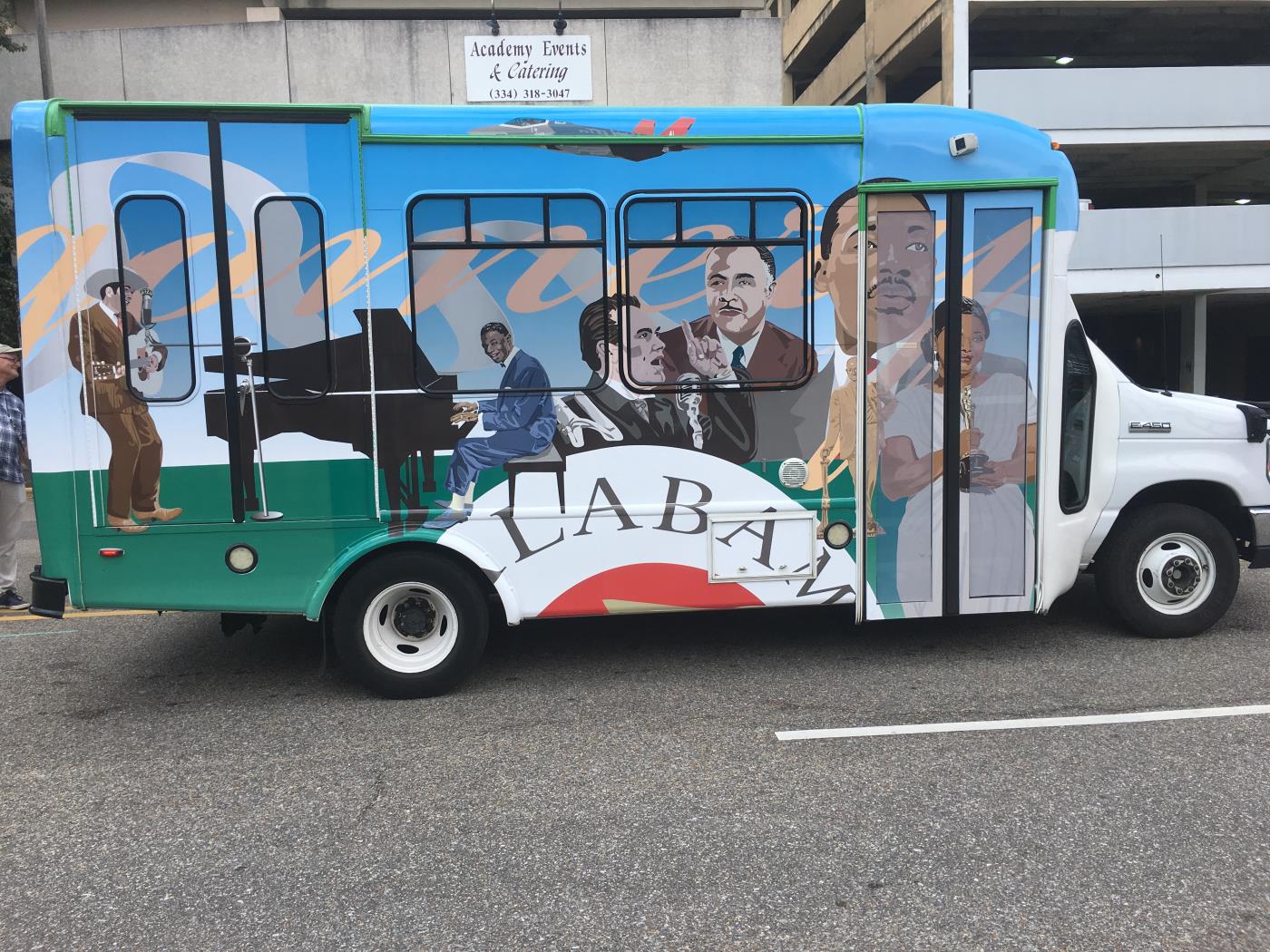