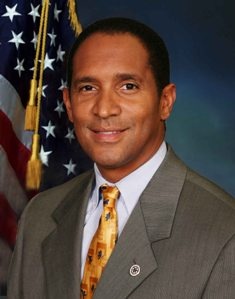 Michael Briddell is the Director of Public Information and External Affairs for the City of Montgomery.  He has oversight responsibilities for the Public Library System, the Montgomery Museum of Fine Arts, the City of Montgomery webpage and media relations for the City.  In 2010, when a national survey ranked the Montgomery metro area as tied for having the country’s highest obesity rate, Briddell was appointed to serve as the Health and Wellness “czar” for our community.

Prior to joining the City of Montgomery, Briddell had a 20 year career in broadcast journalism.  For five years he was the 5 o’clock anchor and a reporter at WSFA-TV 12 in Montgomery, Alabama.  During his tenure at the station he developed the “Education Report,” a nightly story on education-related matters.  Briddell has also worked in television stations located in Ohio, North Carolina, Oklahoma, Mississippi and Pennsylvania.

A native of Philadelphia, Briddell graduated from Indiana University of Pennsylvania with a degree in Communications Media.  He completed his internship at CBS Network News in New York City.

Briddell is a lifetime member of Kappa Alpha Psi Fraternity, serves on numerous community boards and is a 2006 graduate of Leadership Montgomery.

He and his wife, have one daughter.  Among his favorite hobbies are: running, reading, roller coasters, travel and Philadelphia Eagles football.