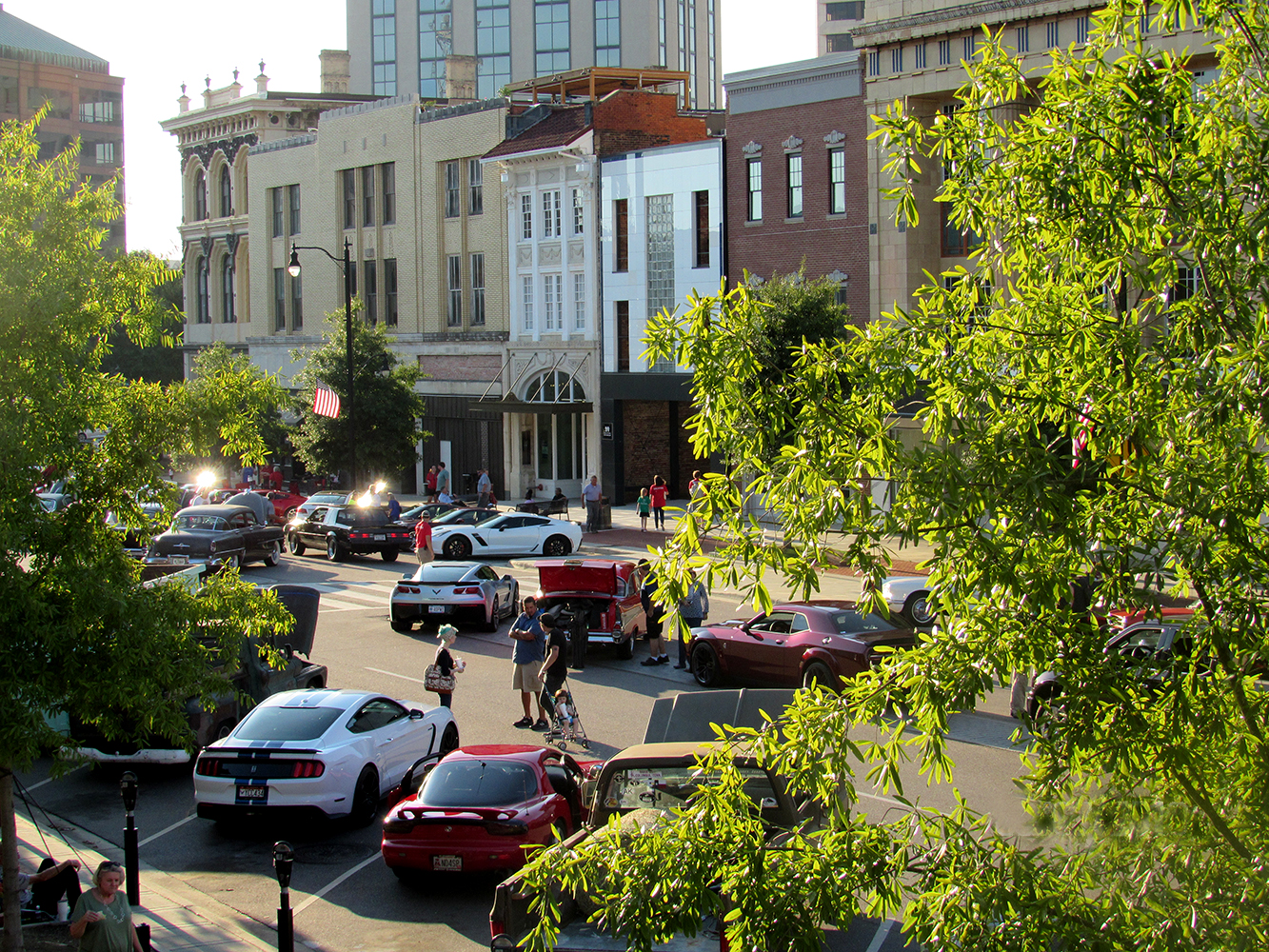 Check out our summary report on Downtown Montgomery: Building Permits and Projects 2014-2019 (2020) for specific data on current investments into Downtown Montgomery's Revitalization. Nearly $195 million in reported construction values were invested in Downtown from 2014 to 2019. That sum is more than 15% of the $1.3 billion invested City-wide in that time period.

In addition, we have created a Story Map to focus in on the locations of the highest value addresses downtown where building permits were pulled during this time frame. They range from just over $3 million to nearly $24 million in construction value. These properties, with more than $153 million in total investment represent 80 percent of the total downtown permit value during the study period.

In recent years, Montgomery has also seen a surge of downtown residential development, with a dozen multi-family residences either newly constructed/renovated or under construction. We are excited by the new hotels, restaurants, shops and tourism venues as they breathe new life into downtown, and we are hopeful that the residential and mixed-use development that is coming helps Montgomery sustaining that revitalization.

The 2019 Map of Downtown Montgomery Residential Units is now available. While we are not making any representation about occupancy status, size, nor quantity of residents within these units, the Downtown Montgomery housing map shows locations and numbers of known residential units. Updates in 2019 reflect new information received by our office, corrections, and newly announced projects. New this year, we are also identifying three affordable housing development projects.

With approximately 977 existing multifamily units in place and 252 under construction or publicly announced to begin construction, in addition to 288 single family homes receiving sanitation service in the Downtown area, Montgomery Downtown will have 1,571 residential units.

We hope this information is useful, for example, for new and existing businesses that might increasingly serve Montgomery’s growing downtown population.

Free viewers are required for some of the attached documents.
They can be downloaded by clicking on the icons below.