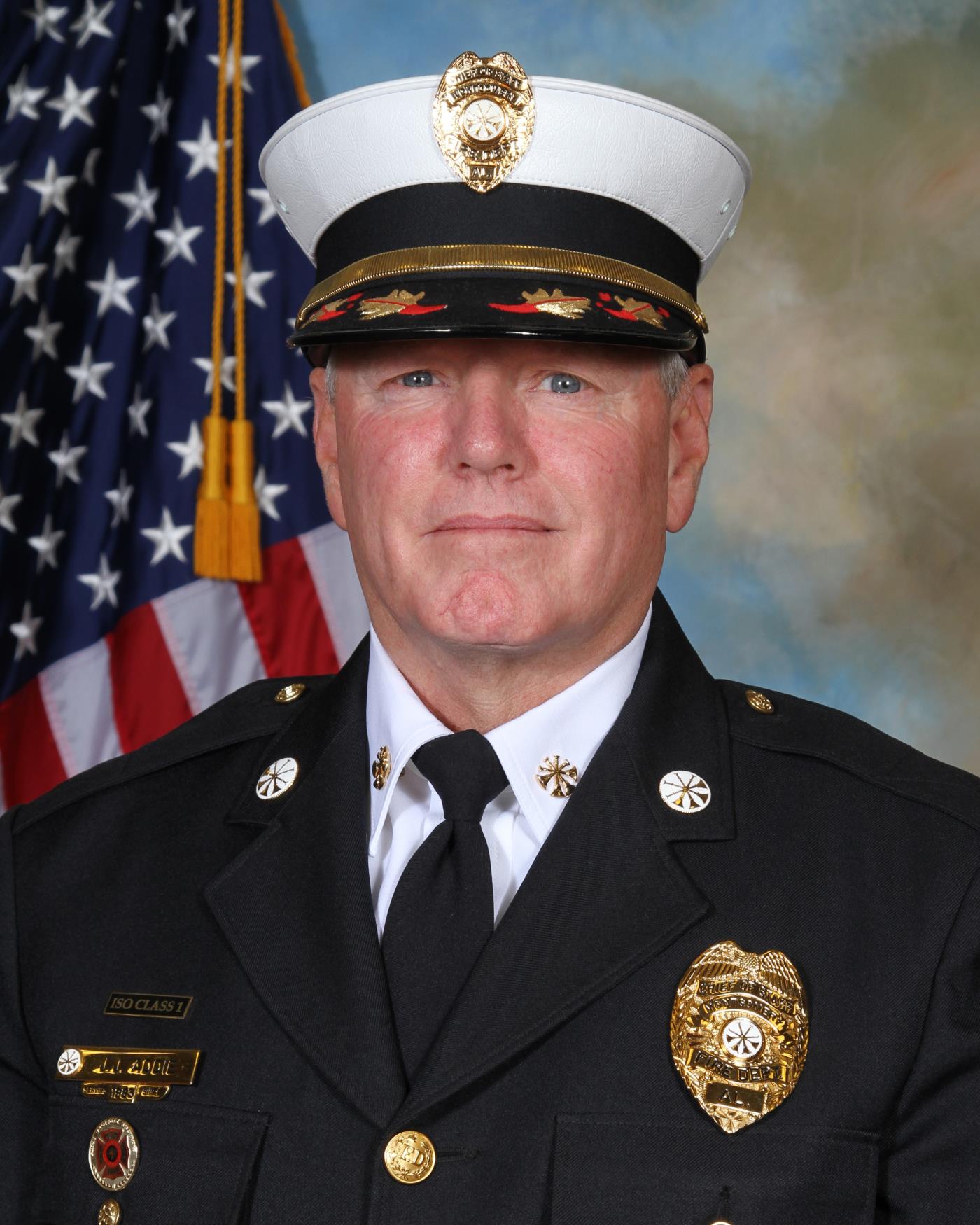 Chief of Staff Joey Addie joined Montgomery Fire/Rescue in October 1983.  Upon graduation from the Fire Academy, Chief Addie continued his fire service knowledge with a focus on Hazardous Materials response, which led him to being assigned to the Hazardous Materials Team from 1986-1997.  Chief Addie continued his fire service education through attending Fire Science and Management certification programs at the Alabama Fire College, the National Fire Academy, Trenholm Technical College, Central Alabama Community College, New Mexico Tech and the University of Maryland.

Chief Addie continued to progress in his career and reached the rank of District Chief in June 2000 and Assistant Chief in April 2002.  Through both promotions, he served as the Director of Training for the department and the Fire Academy.  In 2012, he was assigned to a newly created Special Projects Division.  In this role, he was tasked with conducting studies of operational practices and procedures and performing community risk assessments to recommend improvements to the organization’s policies and procedures or courses of action to improve the overall service rendered to the citizens of Montgomery while ensuring the safety of our firefighters.  He served in this role until assigned to the Chief of Staff position in August 2019. 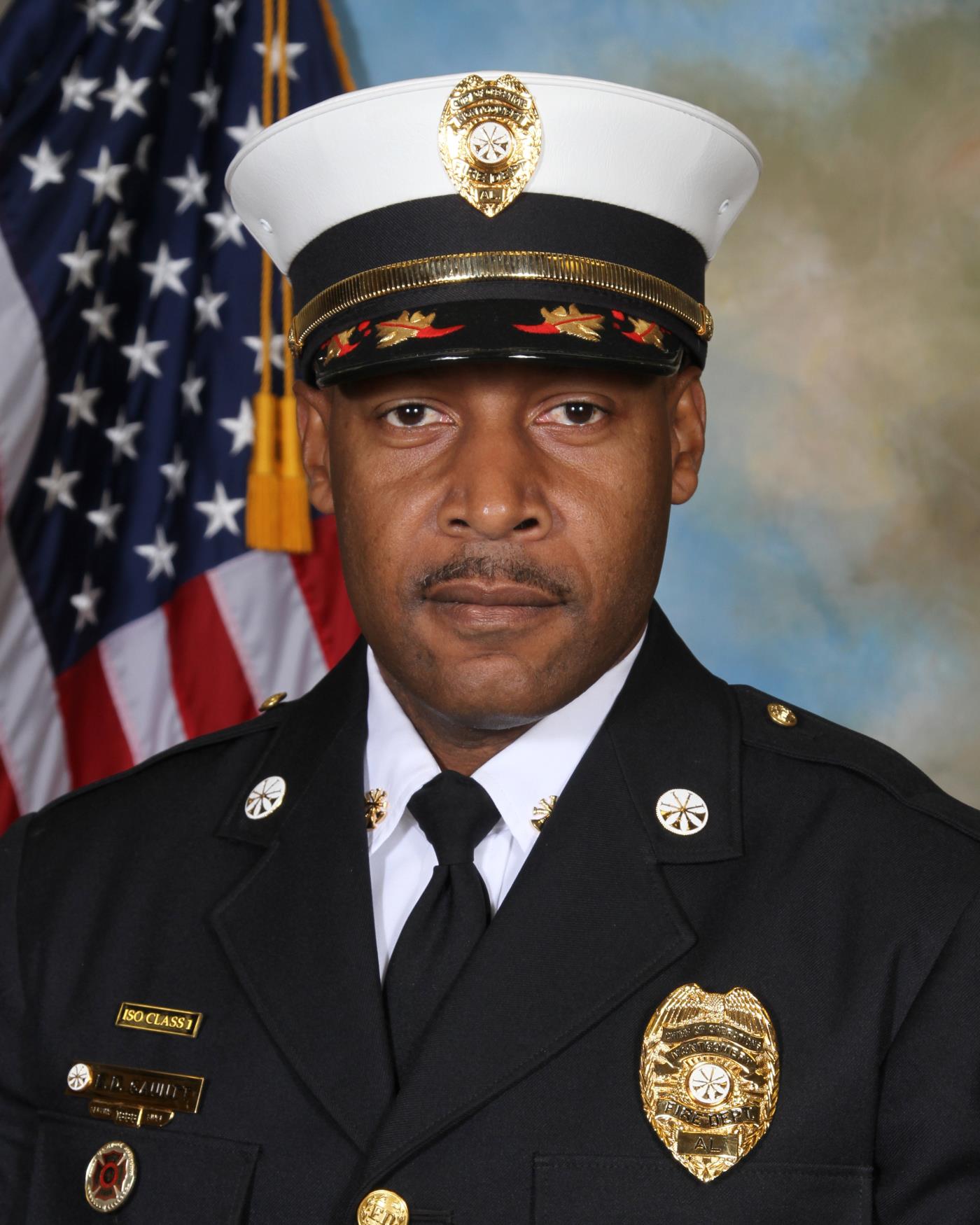 Chief of Operations Eddie Gauntt began his career with Montgomery Fire/Rescue in August of 1999. Chief Gauntt has experience in all areas of the fire service having worked in the Suppression Division, Emergency Medical Services Division, and Training Division. Most recently, he has led the Inspections and Investigations Division after he was promoted to Assistant Chief in February of 2018. Chief Gauntt has earned an Associate's Degree in Drafting and Design, a Bachelor of Science in Fire Administration, and a Master's in Public Administration.

In July of 2018, Chief Gaunt was selected to become the Chief of Operations of Montgomery Fire/Rescue. As the Chief of Operations, Chief Gauntt directs the daily operation of the Suppression, EMS, and Special Operations Division. He also assists the Fire Chief in strategic planning and goal setting for departmental long-range needs with respect to administration, operations, and personnel. Among his other duties, he also manages the hiring process for all incoming employment candidates and directs the "Close Call Committee", which investigates any fire ground injuries and makes recommendations to prevent future similar incidents.

Chief Wiggins is a 1997 Graduate of Elmore County High School in Eclectic, Alabama. Shortly after graduating he began his career with Montgomery Fire Rescue in August of 1999. Chief Wiggins has served in the Suppression, EMS, and Administrative divisions where he has worked his way through the ranks to become Chief Executive Officer. Chief Wiggins holds many professional certifications through the Alabama Fire College and the National Fire Academy. He earned a Bachelor’s of Science Degree in Business Administration from Columbia Southern University and is currently pursuing a Master of Business Administration from Columbia Southern University. Chief Wiggins is a graduate of Leadership Montgomery Legacy Class XXXI.

As the Chief Executive Officer Chief Wiggins is responsible for assisting the Fire Chief with the general management of the department’s annual budget, staffing, and grant writing and management. He oversees the daily operations of the Administrative Division, Training Division, and Information Technology Division. Chief Wiggins also serves as the Departments Liaison to coordinate between Montgomery Fire Rescue and other agencies.