The City of Montgomery was formed in 1819 by the partnering of East Alabama Town and New Philadelphia. In those early years, the City of Montgomery survived fires through the efforts of many dedicated volunteers. These citizens depended on each other to protect their property, and through a system of springs and wells, water was available for quenching these fires.

By the 1830’s the City had a wagon equipped with 30 leather buckets and a few wooden ladders that citizens used to set up bucket brigades and rescue trapped citizens. As the City grew, it found the need for a more organized fire protection force and by 1848 recognized it’s first volunteer fire company. It was called “Dexter Company One”. This company operated the city’s first fire engine, which they dragged with ropes to the scenes of trouble. Itwas not long before Montgomery grew beyond the capabilities of a single volunteer company and two more units were formed - the “Alabama Company” and the “Mechanics Hook & Ladder Company”.

During the Civil War, much of the City of Montgomery was left unprotected because most of the volunteers had been called into service. By 1865, the Civil War was nearing the end and a Union Cavalry Unit, called “Wilson’s Raiders” was quickly approaching Montgomery. It was decided that before the City surrendered, 85,000 bales of cotton and 40,000 bushels of corn would be burned to deny this supply to the Union soldiers. The burning cotton bales and bushels of corn were so intense that embers from the fire threatened to burn the city. IRONICALLY an African-American fire fighting company, which later became known as the “Grey Eagles”, saved the town from the burning cotton and corn.

In the 1870’s the City of Montgomery purchased a used steamer for the “Alabama Company” at a cost of 633 dollars. The steamer was too heavy to be pulled by hand so horses were used to pull the engine from the fire station to scenes of trouble. This is how horses were introduced into the Montgomery fire service and they quickly became a vital part of fire operations. It was not long after the “Alabama Company” received their steamer that the “Dexter One Company” received a steamer of their own. By 1887, the City of Montgomery had five volunteer companies riding out of four fire stations. The “Dexter Company” rode out from Lee Street, the “Grey Eagles” from Dexter Avenue, the “Alabama Company” and “Mechanics Hook and Ladder” rode out of the same station on Madison Avenue, and the newly formed “Lomax Company” rode out of the City’s newest fire station on Scott Street.

In 1898 it was decided that Montgomery should have a paid fire department, and on July 14, 1898, Mayor John Hughes Clisby assembled volunteer Chief James H. Screws and 28 of his men at Fire Station #2. It was there that they were sworn in and the next day took active charge of the department. They formed four firefighting companies - two Fire Engine Companies, one Hook and Ladder Company and the fourth was a Hose Company. The first call made by the paid department was on its first day of operation and it was a house fire located on the corner of Jackson and Washington Streets. A total of 144 calls were answered that year with an expense to the department of $20,535.55. Today the Montgomery Fire Department employs up to 460 people that make over 34,000 calls per year and has an operating budget of over 30 million dollars.

It was also during 1898 that the position of “fire inspector” was created and his job was to inspect buildings for violations of city ordinances and report them to the police department for enforcement. This was the beginning of the modern Bureau of Inspections. That year 7,690 buildings were inspected and over 600 defective flues were found. Since the creation of the City’s first fire inspector, the Bureau of Inspections has grown to over 12 members and performs more than 28,000 inspections each year. 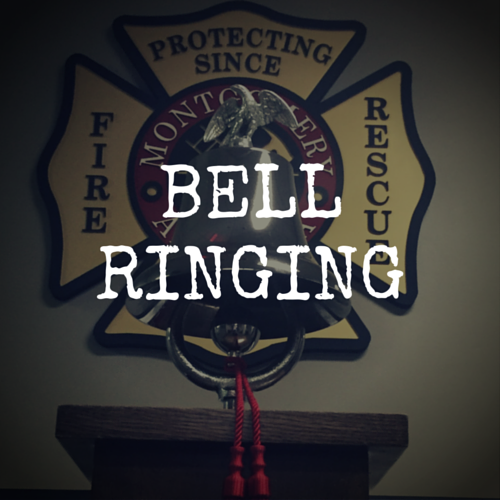